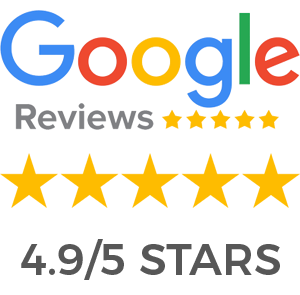 12-Jan-2021
Last week’s statement of changes to the Immigration Rules laid down the ‘new’ Points-Based Immigration System ending the free movement.
The new system will be implemented from 1 December 2020, represents one of the biggest overhauls of sponsored migration. The new system will apply to EEA and Swiss nationals, except for Irish nationals and transform the way in which the foreign nationals wanting to work in the UK. Therefore, the visa requirements will have a massive impact in shaping the UK’s labour market for years to come.
The new point-based system sees the rebranding of Tier 2 (General) visa into the ‘Skilled Worker route’. The fundamentals of the visa requirements largely remain the same and there are some potentially beneficial changes which will make the system more favourable for businesses and employees.
The new system does not allow a potential skilled worker to work for anyone. They must have a job offer from a licensed sponsor and this offer should meet minimum skill and salary thresholds.
The immigration rules for the Skilled Worker route are in a new Appendix Skilled Worker. They are divided into validity, suitability, eligibility, financial and criminal record requirements.
Eligibility
The Skilled Worker route has more flexibility. It allows people with different qualifications, salaries and skills to obtain visas. In order to meet the requirement of a skilled worker, an applicant must score 70 points consisting of ‘Mandatory’ and ‘Tradeable’ points.
Mandatory points – 50 points
Tradeable Points – 20 points
An applicant will need to score 20 points relating to their salary offered to make a total of 70 points. There are various ways to earn these final 20 points, which is why they are referred to as “tradeable”.
Financial requirement
Applicants who are applying for entry clearance, or has been in the UK for less than 12 months on the date of application must have held funds equalling £1,270 for 28 days as at the date of application.
If the applicant applying for permission to stay and has been in the UK with permission for 12 months or longer on the date of the application then they do not have to meet this requirement.
The financial requirement can also be met if the sponsor certifies that they will, if necessary, maintain and accommodate the applicant up to the end of the first month of their employment, to an amount of at least £1,270.
To summarise:
Criminal records
Applicants who are applying for entry clearance who are being sponsored for a job in any of the occupation codes which require an applicant to complete a criminal records check, they must provide a criminal record certificate from the relevant authority in any country in which they have been present for 12 months or more 230 (whether continuously or in total) in the 10 years before the date of application.
Suitability

Applications will be subject to the grounds of refusal under Part 9 of the Rules — particularly on criminality grounds. If applying for ‘permission to stay’ (or ‘leave to remain’) the applicant must not be in breach of the immigration laws (subject to paragraph 39E) or on immigration bail.
Period of grant

Another important change to the Shilled Worker route is that there is now no limit on the amount of time a Skilled Worker visa holder can spend in the UK. Current, Tier 2 (General) worker was only able to spend a maximum of six years in the UK. Now applicants can be granted permission up to a maximum of five years at a time, with unlimited extensions.
Furthermore, the cooling-off period has been removed. This rule prevented people from applying for another Tier 2 visa until 12 months had elapsed since they left the UK or moved onto another visa.
Settlement

An applicant will still be required to be employed by the sponsor for the ‘foreseeable future’ to be granted ILR.
In addition, the minimum income threshold for indefinite leave to remain has been reduced from its current level of £35,800. There is instead a general provision that an applicant must be earning at least £25,600, and the going rate for the job, when they come to apply for ILR. If they are working in a shortage occupation they will need to be paid above £20,480 and the going rate for the job.